A downloadable game for Windows

Fears to Fathom is an episodic psychological horror game where each episode unveils a short story narrated by the ones who survived.
You're browsing the second installment of the Fears to Fathom anthology.

In the second episode of Fears to Fathom you play as Holly Gardner, a 19 year old who was driving back home from a gaming convention, as the traffic got horrible she decided to take the long way to avoid the traffic which leads to an unplanned trip to a motel. Little did she know what was going down in the Norwood Valley. She survived as she made the right choices.

In order to download this game you must purchase it at or above the minimum price of $2.99 USD. You will get access to the following files:

the game was amazing

I enjoyed how scared I was while playing the first episode, and I still enjoyed the second episode too! https://www.youtube.com/watch?v=x6NIens5w8A

THERE IS SOMEONE IN MY CLOSET | Fears To Fathom

I do love driving alone at night, but when I played this game. It changed my mind a little bit about night drives. It is a little creepy now.

Reply
Cam Plays52 days ago
Def had fun with this one!!
Reply
StressBattery76 days ago

I've really been enjoying these episodic games they are so beautiful to play! I'm excited for the next few upcoming episode's to be released.
They are worth every dollar, I promise.

I really enjoyed this game, I did purchase it on steam, but it was before I knew it was a game from Itchio. If you're interested here was my playthrough which was originally live streamed on Twitch. My viewers and I really enjoyed the game and we are eagerly excited for the third part of the Fears To Fathom series! ♥

Reply
NEDOprogrammers83 days ago
A Russian blogger with 16.5 million subscribers, played this game on video
Reply
Rhys Sanders99 days ago
I can't WAIT for episode 3! Love this game series.
Reply
FunkyFactory105 days ago

This story was so awesome and terrifying! Scary it

could be true!!
Reply
Kristelle107 days ago
Another awesome Fears to Fathom game! Excited for Chapter 3 ♡
Reply
Sp00kieD00kie109 days ago

Recommend this and the 1st game 100% if you Love to play these great immersive psx style horror game! Rayll did NOT disappoint!

I love the retro feel of the game, keep up the great work!!!

Dude, the scares go crazy in this one!

Episode 2 turned the creepy factor up to a million...loved it! Never had a game make "hello" sound so disturbing.

please never stop making games... i love your work so much LOL

Fear to Fathom continues to be a truly disturbing experience! Can't wait for the next episodes guys.

Very well done game! love the atmosphere and the creepy vibe it gave off especially once you noticed certain things happening in the background. Only issue I had was getting stuck on the stairs in front of the hotel room. Looking forward to the next episode!

Reply
Rogalus150 days ago
Nice
Reply
Dimi B152 days ago
This was AMAZING!!..I liked it more than the first episode cause it was longer and you could do a lot more things than the first one.I can't wait to play the next episode,you are doing a very good job!!
Reply
SunnyStewGames84153 days ago

I love all of the episodes that have come out so far, and I really enjoyed this one!!

Love this game! Alot scarier than the first one and super entertaining!! 40 minutes of game play. If you guys could subscribe and like my video on YT it would mean the world to me!

Cant wait for the next one! :)

This true story was really scary! Also gameplay was fun and also scary!!

I liked the first one better. I did enjoy this one however but my only complaint is that this game needs more save files. I dont want to have to play half of the game each and every time I die.

I enjoyed this game very much! Loved the warning the gas station clerk gave about hitchhikers and how immediately following that the car broke down, lol. The car driving was a cool addition as well, which I enjoyed. I did however have a bug with the scene in which the logs are in the roadway, where one of the logs wouldn't stay in place once I had it out of the way, but other than that one simple bug I really liked the game. If you want to see my live reaction, I uploaded a video on my YouTube channel where I played the game, I only uploaded one part to it though, so I'll have to finish editing and uploading the second part later. Loved the game, can't wait for the next episode of Fears to Fathom!

You have to wait for the log to set in place. I thought you could just move it out of the way but no. No you have to let the game set it down.

Nice! The second episode was a lot of fun! It got me a couple times. I liked the subtle things that I noticed during each of my playthrough of the game. Can't wait for episode 3!

I DIDN'T THINK THAT THIS GAME COULD GET ANY CREEPIER. I WILL NEVER GO ON A ROADTRIP AGAIN. I AM TERRIFIED BEYOND BELIEF. WELL DONE!

Great game! Cannot wait for the next episode :D

Dont trust anybody at a motel!!! im loving these episodes 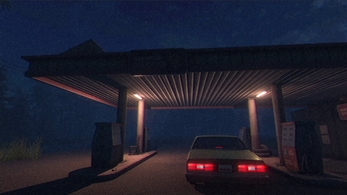 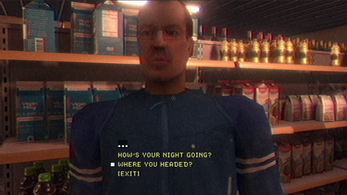 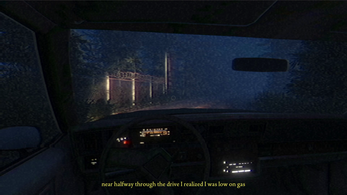 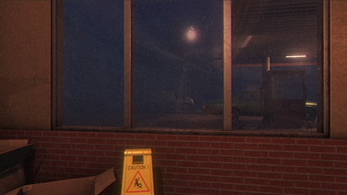 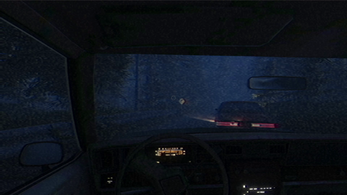 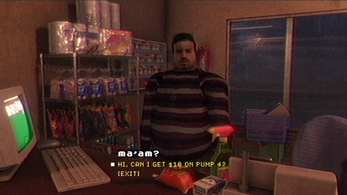 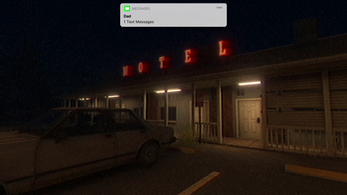